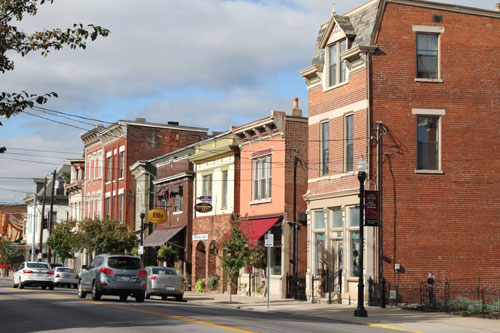 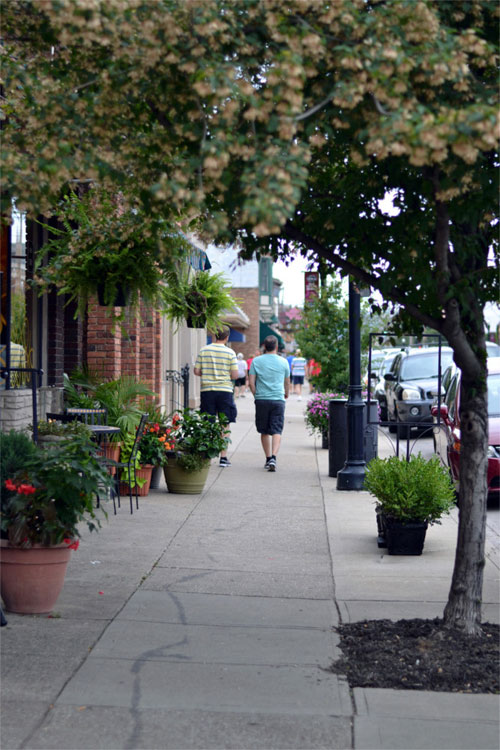 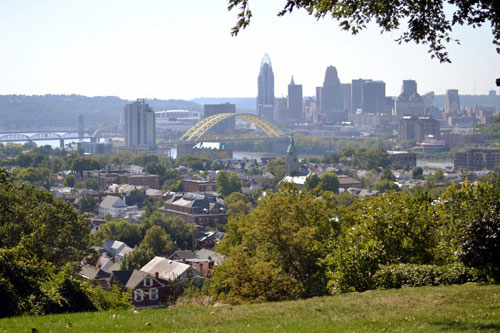 Bellevue, Kentucky, is a home rule city of and situated in the northernmost portion of the Commonwealth of Kentucky. Incorporated on March 15, 1870, we are located on the banks of the Ohio River, across from Cincinnati, Ohio, in Campbell County. As of the 2010 census, our population was estimated to be about 5,955. Newport, Kentucky, is to our west; Dayton, Kentucky, is directly to our east; and Fort Thomas, Kentucky, touches on our southern border. We take enormous pride in our history and the historic charm of our quaint river city. The abundance of historic, unique architecture, as well as the many amenities our city boasts, make us an ideal choice for relocation of individuals and families, as well as businesses.

The area where our city is located was originally land granted to General James Taylor, who was a general in the War of 1812, as well as a pioneer, banker, and statesman. He relocated from Virginia to land which is now Newport and Bellevue, bringing a large contingent of settlers with him. To this day, his mansion remains on East Third Street in Newport. Our namesake, Bellevue, translates from French as “beautiful view,” but it refers—not to our spectacular view of the Cincinnati skyline but—to General Taylor’s family plantation in Virginia, which had derived its name from a nearby creek.

Only 20 years after our incorporation in the 1890s, Bellevue was bustling. Balke’s Opera House at Berry and Fairfield Avenues served as both town hall and the firehouse. A city directory from that time lists 15 grocery stores, seven confectioneries, seven saloons, six doctors, six boot makers, four bakeries, three millenaries, two livery stables, a blacksmith, and a wagon manufacturer. Our town at that time also featured the Bellevue Hotel at Fairfield and O’Fallon; a gas company—the Bellevue Water and Fuel Company at 190 Fairfield Avenue; and two undertakers, Louis Betz at 104 O’Fallon Avenue and John Cunningham at 135 Fairfield Avenue.

Throughout the history of the city (and to this day), Fairfield Avenue has served as the center of town commerce. In 1894, Bellevue’s city fathers published a brochure in an effort to bring more settlers to the city. They described Fairfield Avenue as follows: “Fairfield Avenue, running east and west through the entire town, is the principal business thoroughfare, and business houses are kept well-stocked with the latest and best of everything in all branches of trade.”

Early on, Bellevue also hosted several churches to accommodate residents. St. Anthony on Poplar Street catered to English-speaking Catholics; Sacred Heart on Taylor Avenue had a congregation of German-speaking Catholics; Calvary Methodist was located on Poplar Street; and the Christian Church met in the council chambers while its building at Poplar and Ward underwent construction.

Despite our town’s early economic successes, Bellevue was in economic decline by the 1980s. Both residential areas and the Fairfield Avenue business district were sparsely populated. At that time, however, historic preservation become the focus and fostered new economic development into the city. Since 1987, a total of $7 million has been invested into Bellevue with over 200 jobs created. We’ve updated our brochures since the 1890s, but our historic charm remains for residents and visitors to enjoy.

Of special note, Bellevue, Kentucky, is the hometown of one of Kentucky’s first female doctors, Anna E. Wolfram.

Bellevue traces its roots back to 1870 and, as such, our community offers a variety of unique historic buildings. Especially over the last few decades, our residents and businesses have taken great pride in these buildings, ensuring Bellevue’s appeal is well-kept and preserved. While not intended to inhibit continued growth and new development, certain areas of Bellevue are regulated as historic districts to ensure our historic integrity is maintained.

The City of Bellevue was proud to become a Certified Local Government (CLG) in June of 1987.  Jointly administered by the Kentucky Heritage Council/State Historic Preservation Office and the National Park Service, Kentucky’s CLG program is a local, state, and federal partnership that promotes historic preservation planning and protection of prehistoric and historic resources at the local level.

We have two historic districts in Bellevue, as shown on the map at right. The Fairfield Avenue Historic District begins at 201 Fairfield Avenue and terminates at O’Fallon Avenue, running along the span of Fairfield. This historic district is also our Main Street district where we utilize the Main Street 4-Point Approach for Commercial Revitalization.  This volunteer-driven economic development program called In Vue is based in historic preservation and has achieved accreditation at the state and national level.  The Taylor’s Daughters Historic District extends south of Fairfield Avenue to the railroad tracks and Center Street.

Our community has worked hard to rehabilitate, repair, and renew our historic building stock. We believe these continued historic preservation efforts enhance Bellevue’s identity both aesthetically and economically. If you are a current business owner in one of these two districts, are a resident or property owner, or are considering purchasing a building for commercial and/or residential purposes, we have many resources available to help you determine those permitted and prohibited activities applicable to you. 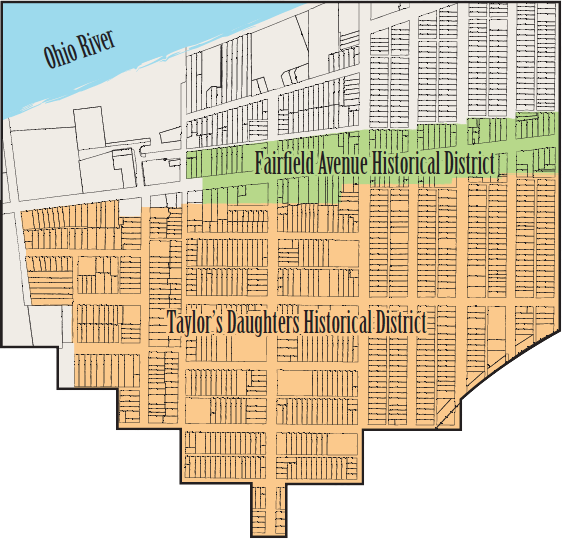 First, you can download this brief guide about Living in an Historic District, which will help answer questions as they relate to residents and residential property owners. In 2015, we also published a comprehensive Design Review Guidelines Manual. This resource manual provides detailed assistance when considering the extent to which an historic facade may undergo exterior renovation.

It is critical to note that buildings in either of our historic districts require submission of a Certificate of Appropriateness (COA) for most proposed modifications to the exteriors of the properties. Click here to find the appropriate COA application.

Follow our Facebook page:  Historic Preservation in Bellevue, KY at www.facebook.com/PreservationinBellevueKY/ to learn about and celebrate historic preservation.

The City of Bellevue is proud to have and maintain several municipal parks, including a few pocket parks, for use by residents and visitors. Additionally, our Bellevue, Kentucky, parks are the site of community gatherings, festivals, concerts, and other special events. 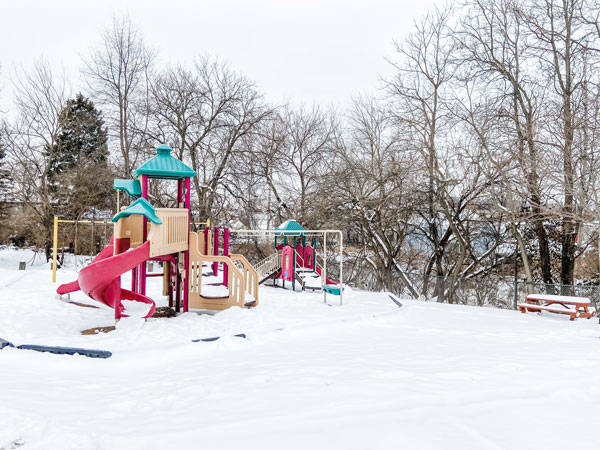 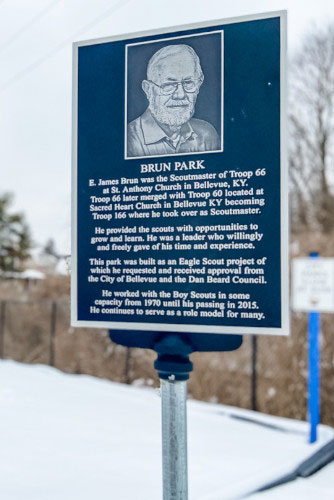 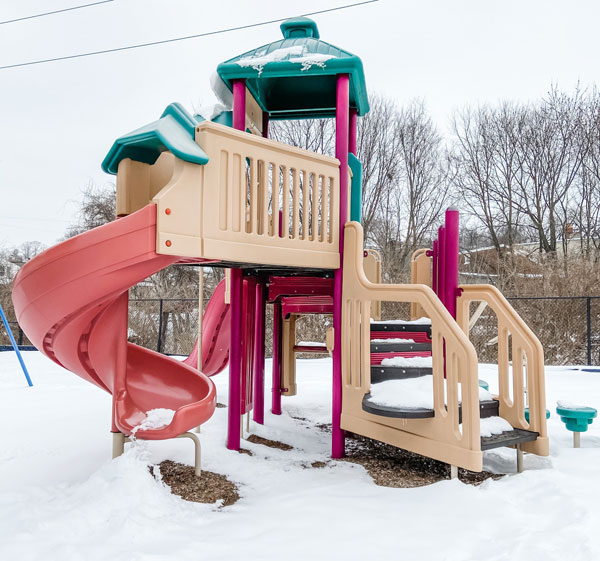 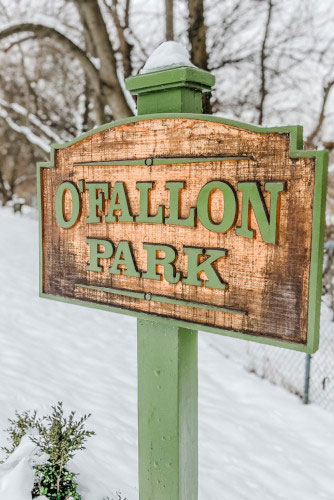 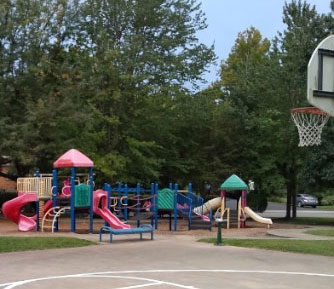 Dedicated to the memory of Stan and Ethel Swope, who were committed to our community’s youth, this park was named in their honor in 1995. You can find several amenities at Swope Park, located at the corner of Taylor Avenue and Covert Run Pike. The park’s playground includes swings, slides, and basketball courts. 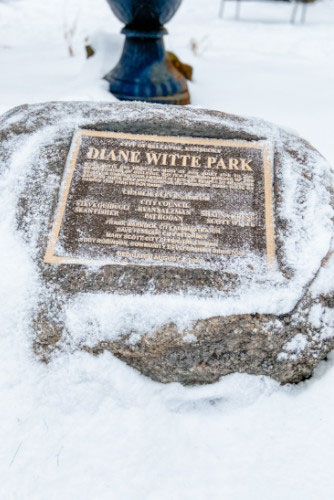 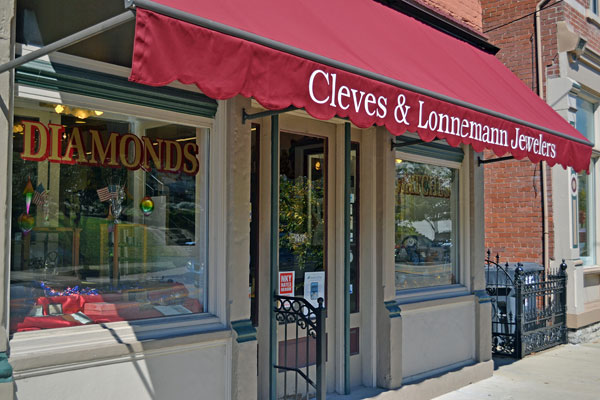 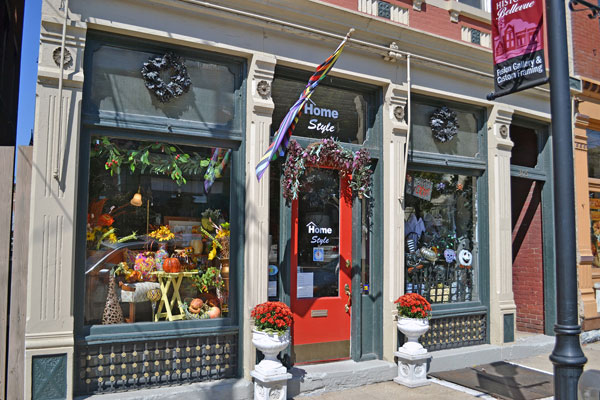 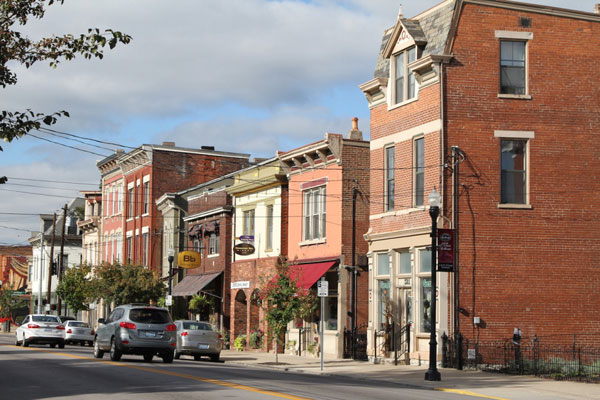 This page is frequently updated with photos from around our community and recent events. Please have a look through the images, and check back often for new additions. Contact us if you’d like to have your photos added.

All Other Items for Businesses / Contractors / Residents

Board of Adjustment Application

SEND US A MESSAGE